Is This the Year Which is Spurs can't Make the Playoffs?

From start of 1997/98 season to last season, San Antonio Spurs and their mighty coach Gregg Popovich make a record tier 22 consecutive playoff appearances. You can’t compare this think with anything; 22 years, 3 decades Spurs and Pop makes playoffs. Just imagine this: you had a coma in 1999 and some miracle happened and you woke up and opened tv on your room and saw a NBA Playoff game, you had not a clear vision and you didn’t see which teams played and announcer said “In the 2019 Western Conference Playoff Game 1, Denver Nuggets face San Antonio Spurs. This is Spurs and Popovich’s 22 consecutive playoff appearance.” What are you think?

But this season, maybe “that” season which is Spurs can’t make playoffs, if you are younger than 22 you can’t see this before, you were born, walked, talked, went to school, maybe you married but you didn’t see this, you didn’t see Spurs as one of the Last-8 Western teams. They 12th in West with a poor 8-14 record. 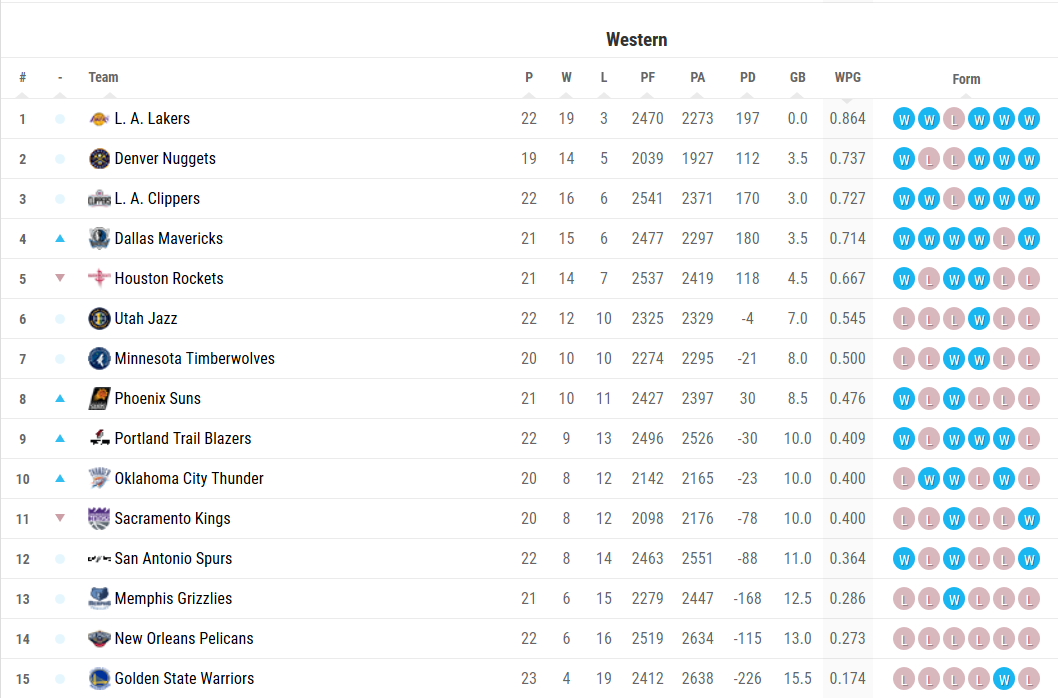 This season Spurs can’t hit threes, can’t stop somebody, can’t protect their rim, can’t match athleticism with rivals; they still play a basketball like 90’s, big man post-up, hit midranges and that’s what you don’t want to do in this year’s NBA. Rival teams have players who hit threes from logo, big men shoot like a shooting guard and when Spurs face them, they can +1 almost all positions in the game because Spurs can’t shoot.

22 years, Pop and Spurs had great leaders like David “The Admiral” Robinson, Timmy Duncan, Emanuel Ginobili and Tony Parker but this season Pop hasn’t got a great in and off court leader like them and this season is maybe Pop’s the most challenging season, his team can’t shoot, can’t defense and he had a negate record. He coached National Team this season and he screwed up in this job, they can’t win the cup and his Spurs season not going well but if somebody will solve all these problems and make playoffs, his name starts with Gregg ends with Popovich.